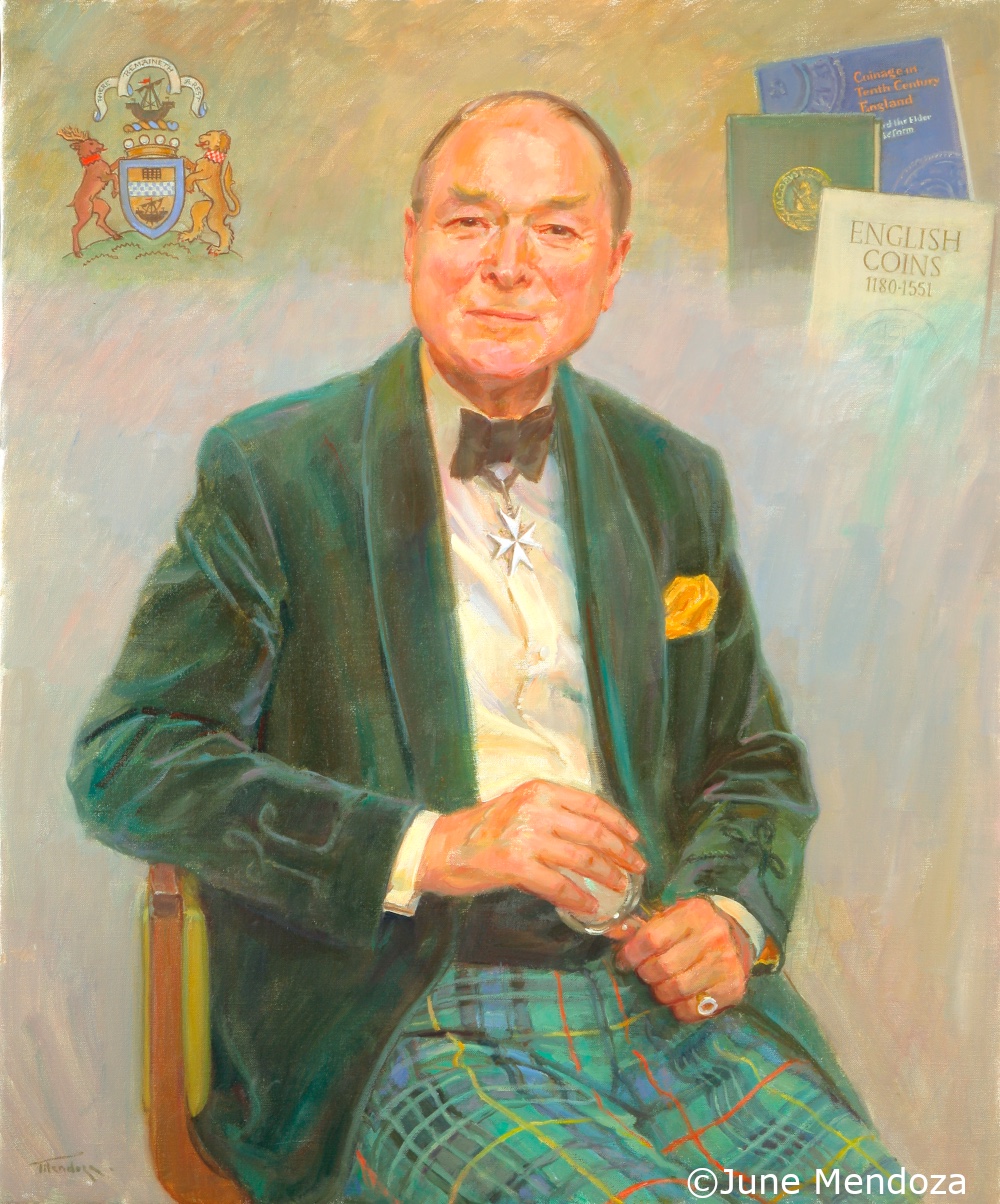 The 2019 Summer meeting was held at the British Academy in London, on Friday 28 June. This all day Symposium considered the academic legacy of Lord Stewartby (1935-2018), a distinguished member of the Society.

Lord Stewartby was among the leading figures in British numismatic scholarship in the second half of the twentieth century. He published over two hundred papers and was a major contributor both to the development of what became the Medieval European Coinage publication project at Cambridge and other widely regarded publications. His interests ranged across the Romano-British coinage of the London mint, Anglo-Saxon and Viking coinage, mediaeval English coinage as well as Scottish coinage, the latter being a field in which he was pre-eminent both as a collector and as a scholar.

This Symposium, sponsored by the British and Royal Numismatic Societies and the British Academy’s Sylloge of Coinage of the British Isles committee, comprised a series of papers by leading figures who place the use of numismatic evidence at the forefront of historical and archaeological interpretation. Structured around topics with which Lord Stewartby was deeply engaged it  explored recent work which builds on his contributions to Numismatic scholarship.

Photographs from the meeting: 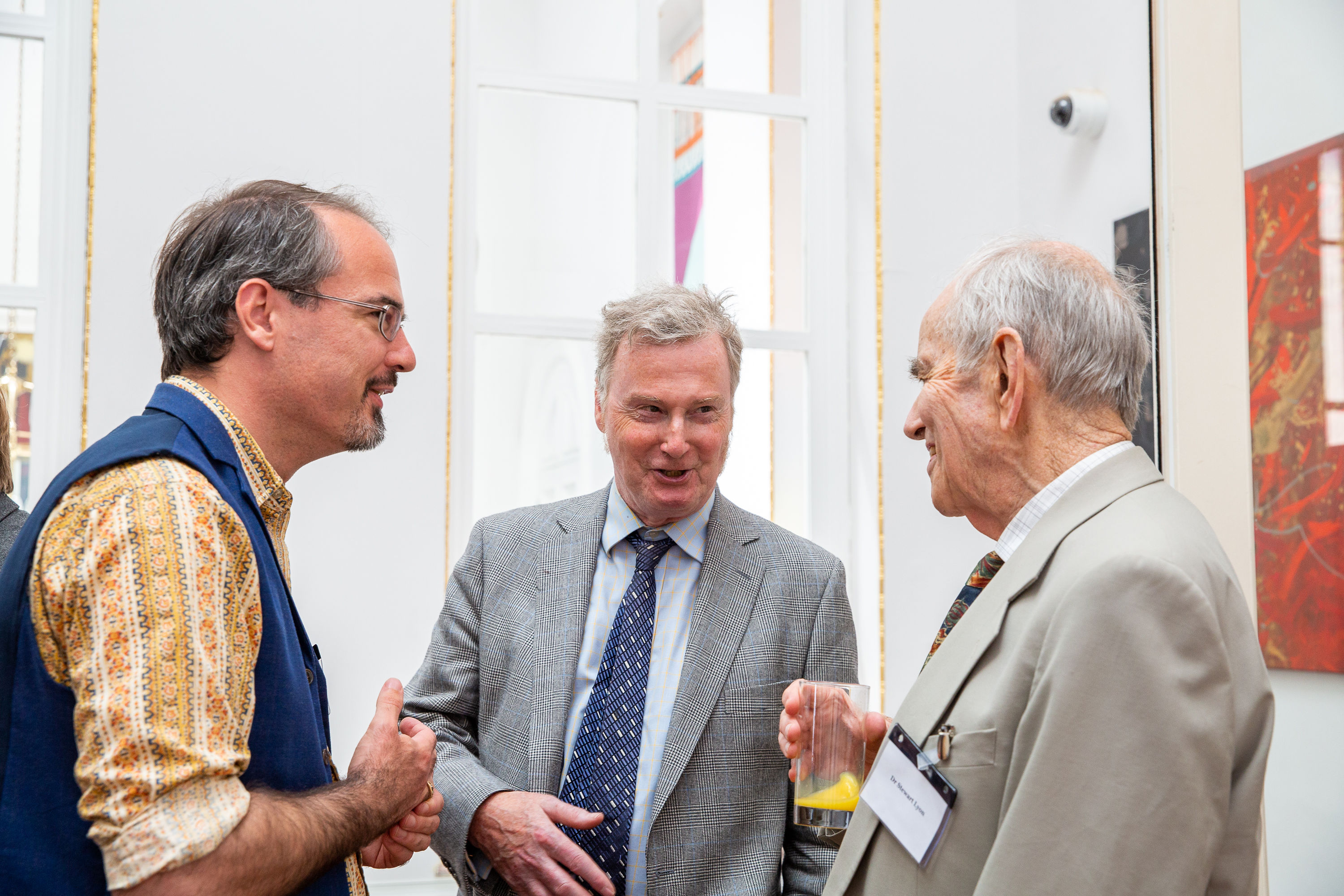 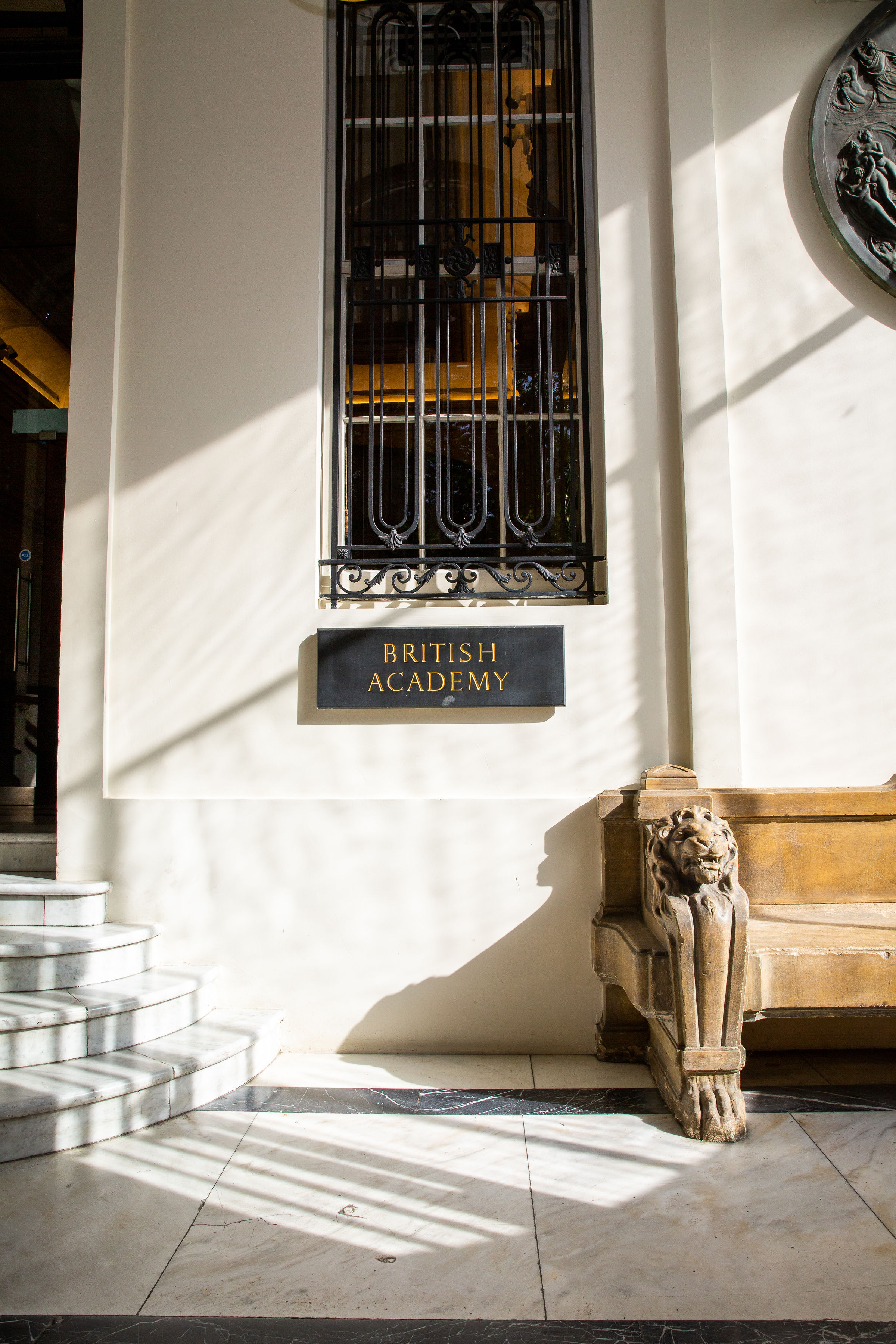 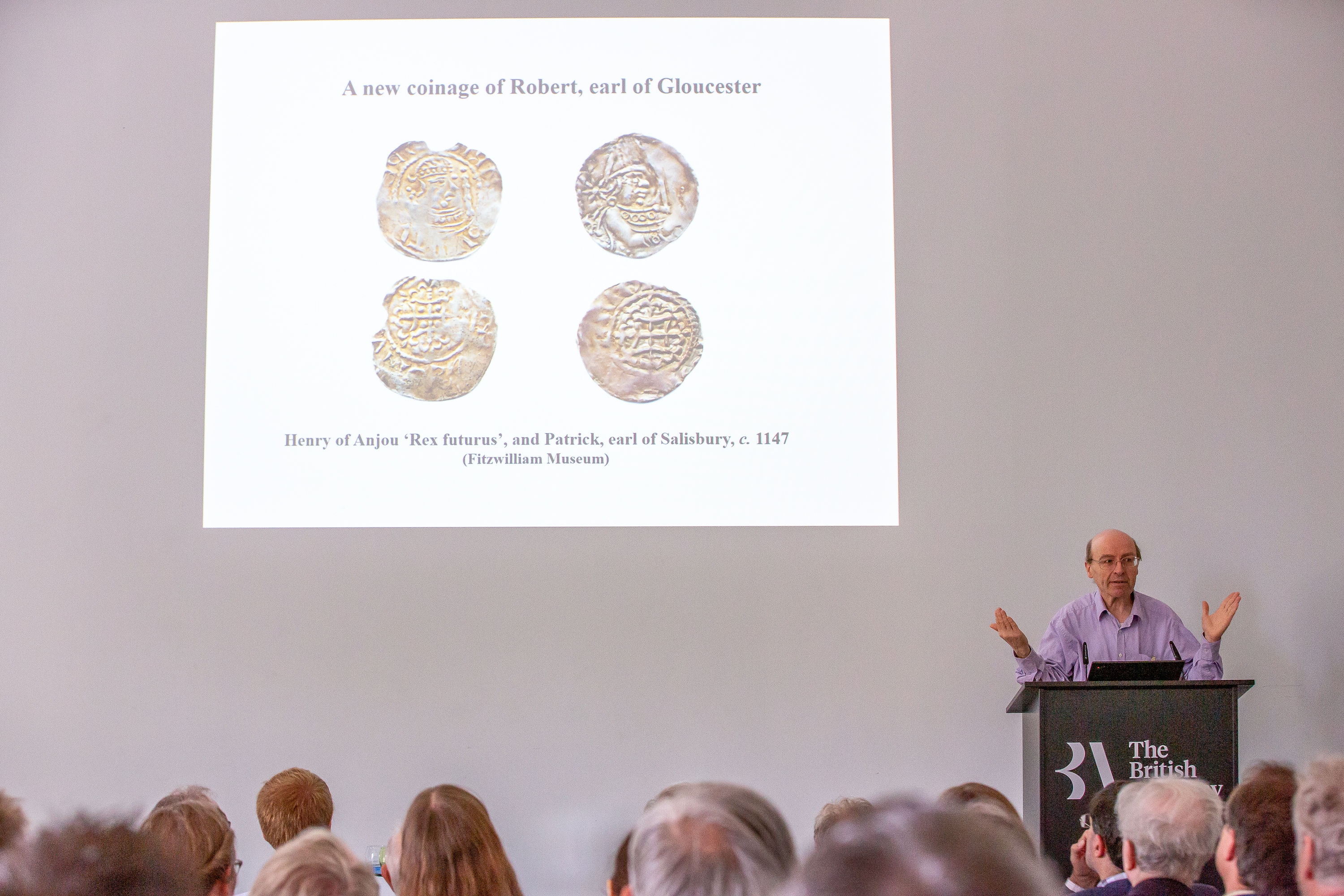 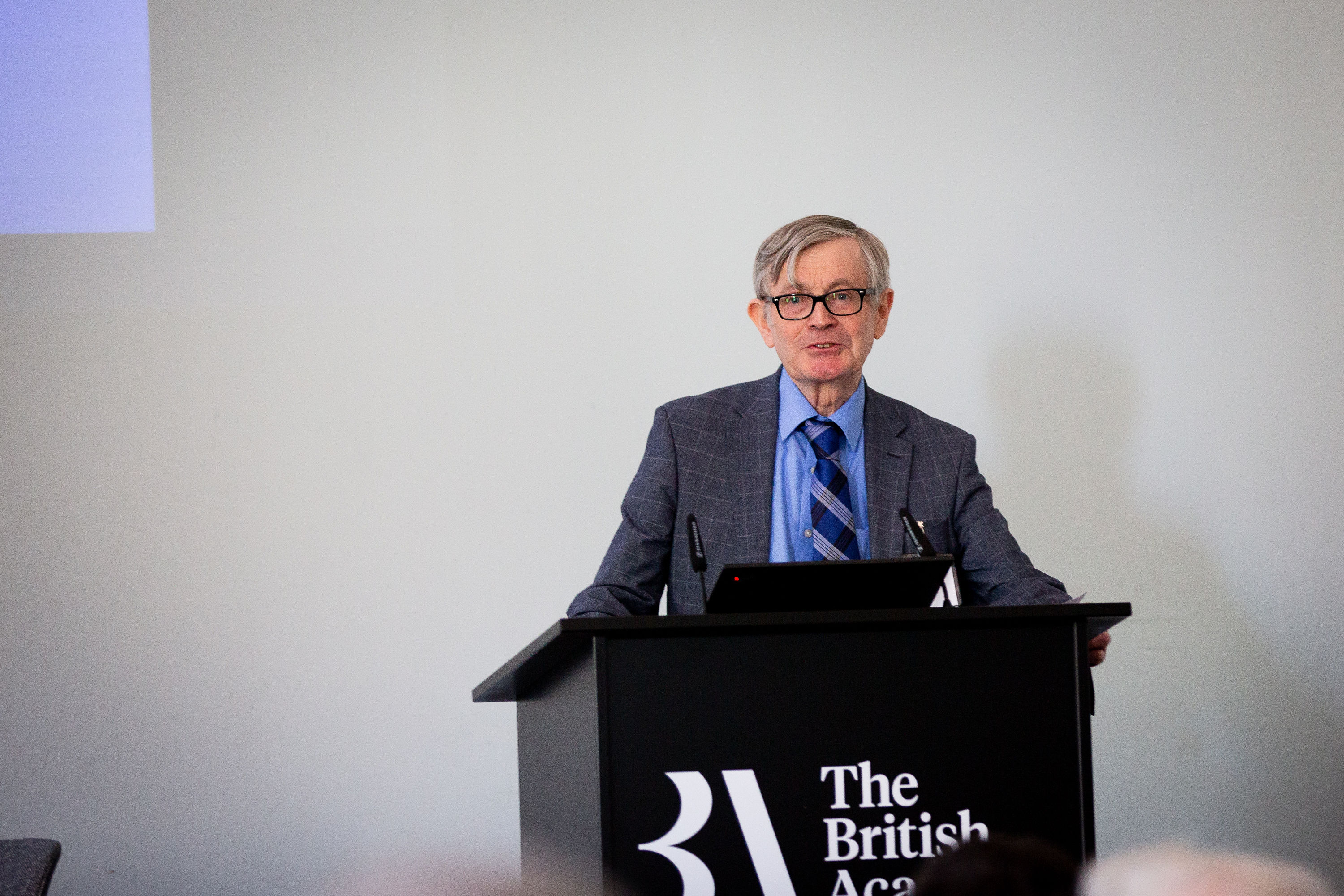 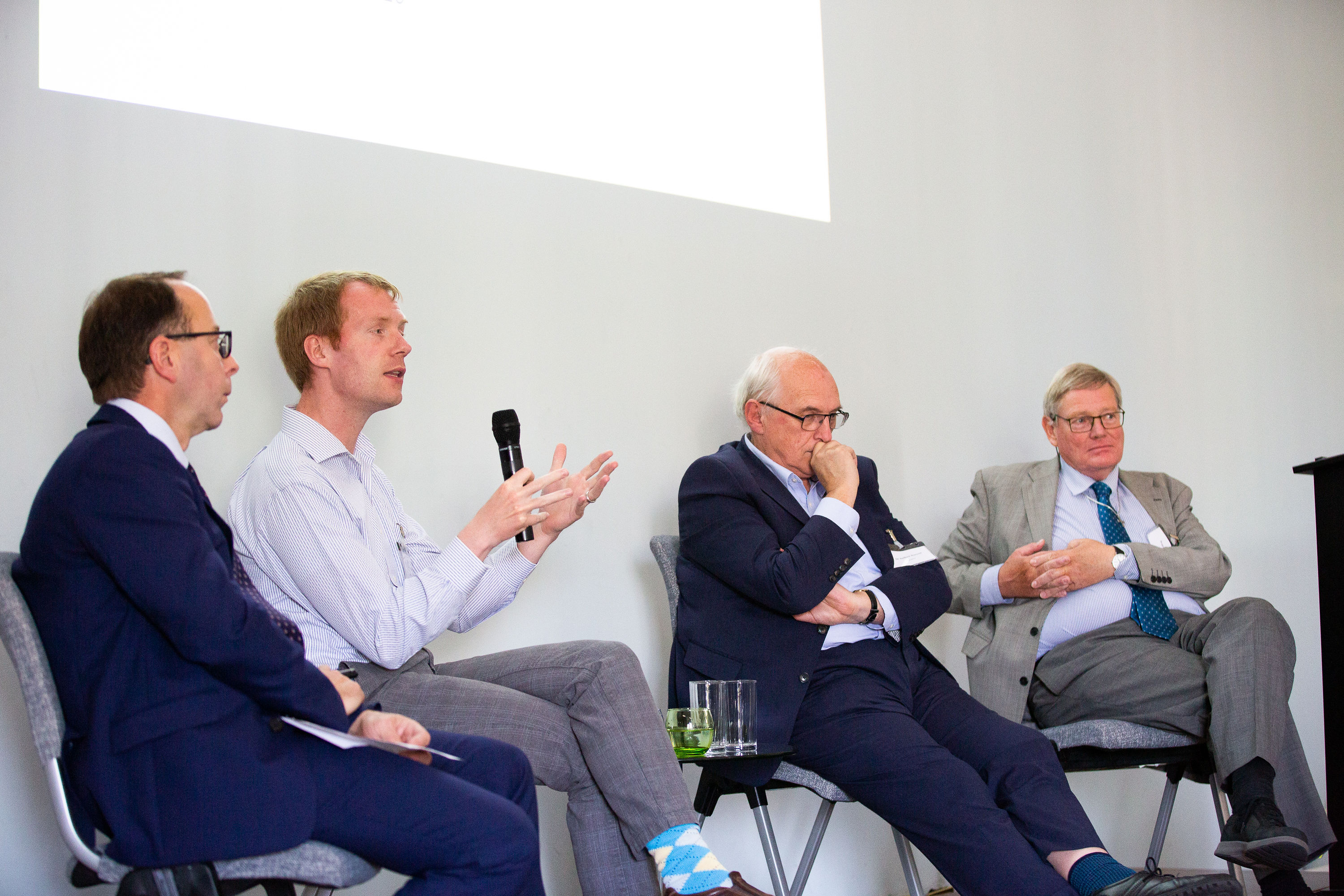 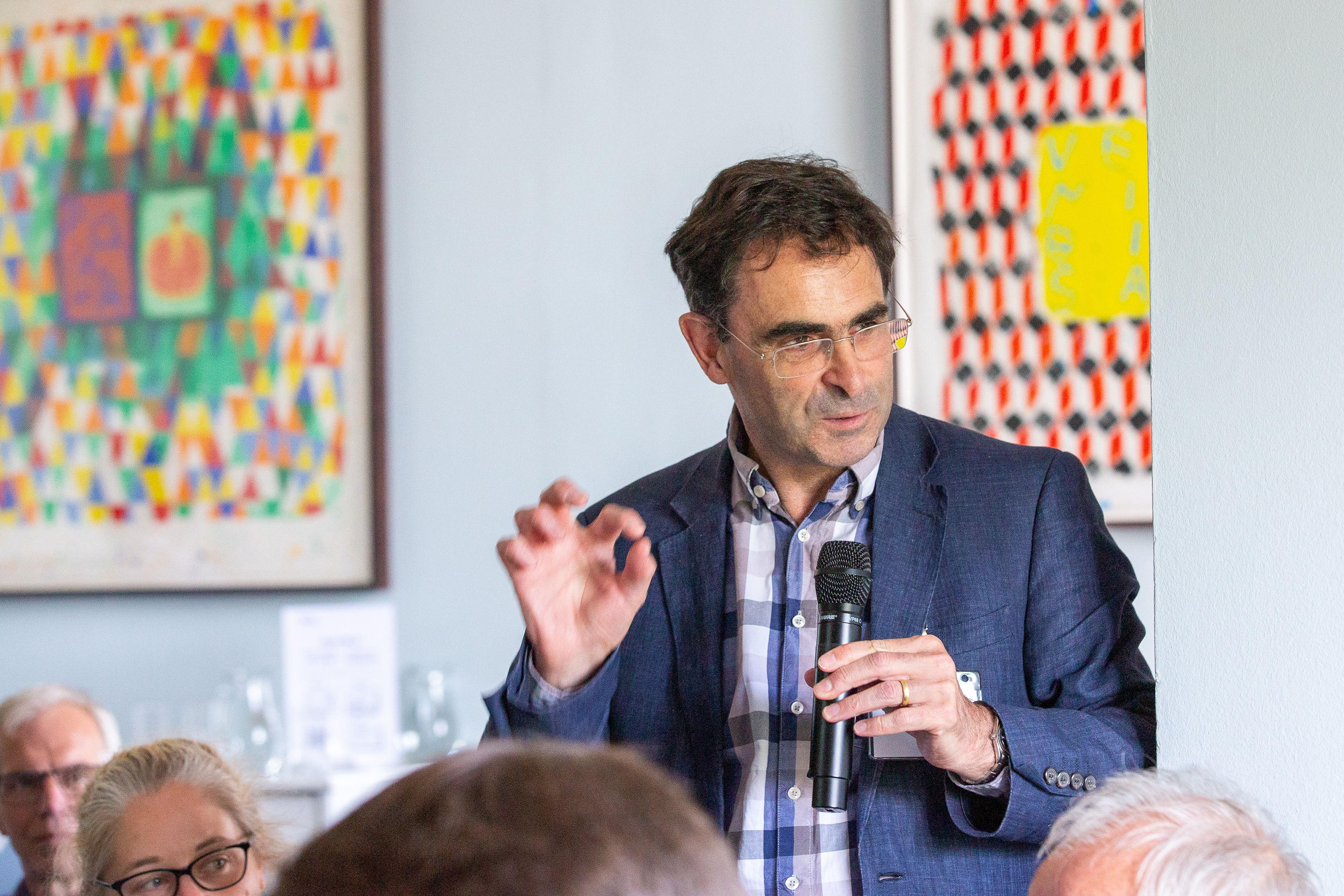 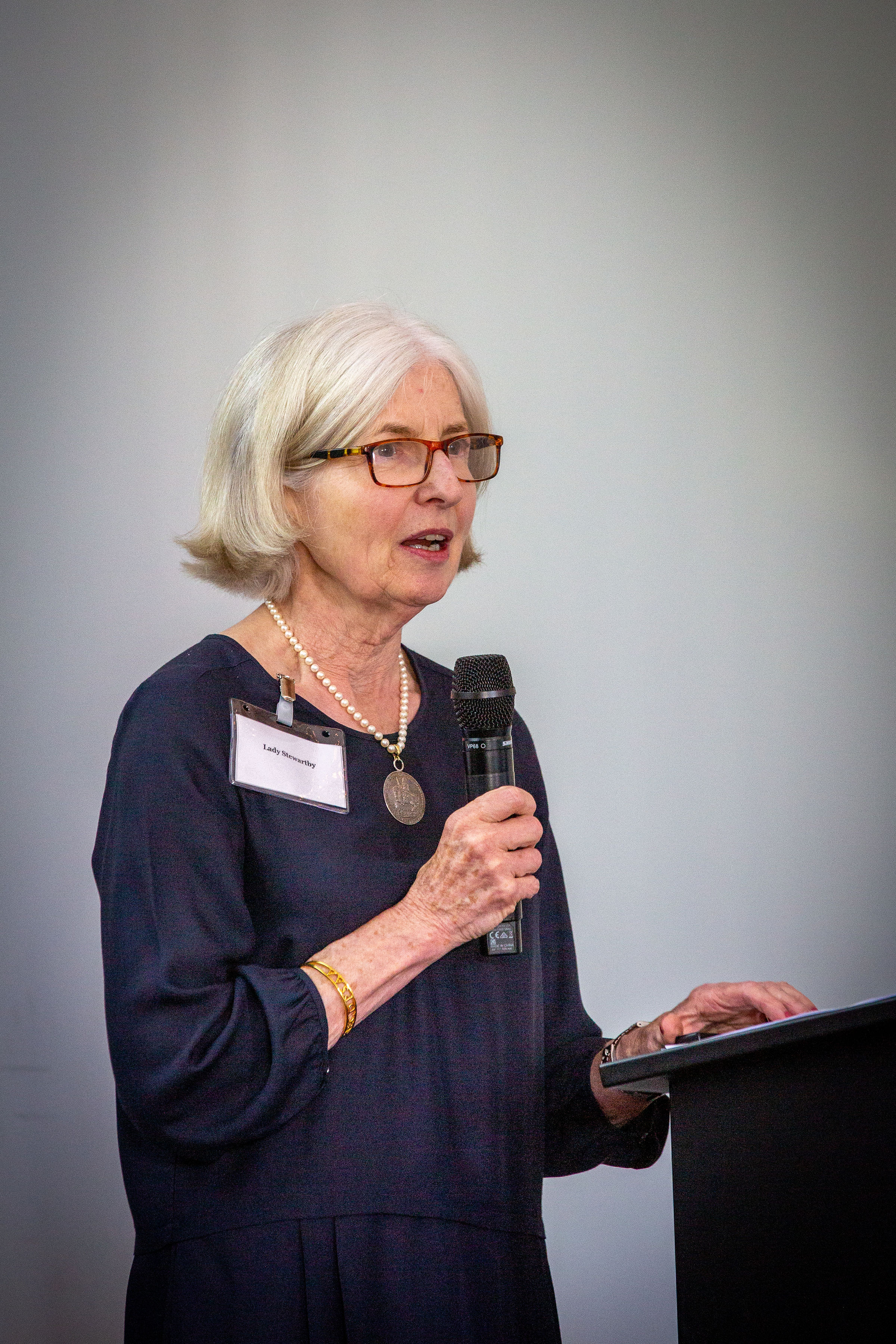 Click on any of the pictures for gallery view.  All images  ©Copyright Chrysoulla Kyprianou

"There is still much we don’t understand and much to be discovered".

Seventy researchers with an interest in British coinage along with private collectors and specialists assembled at the British Academy on 28 June to hear to series of papers addressing areas of the coinage on which Lord Stewartby (1935-2018) worked. The aim of the day was to celebrate his work by looking at recent research on these areas and in so doing to identify some key strands for future study. Divided into four sessions the day covered Coinage in Britain c.300-800, Anglo-Saxon and Viking Coinage c.800-1100, Coinage in the British Isles c.1000-1550 and Scottish Coinage. The day began with opening comments from BNS President, Dr Kevin Clancy including a note of appreciation on Lord Stewartby from Sir David Cannadine, President of the British Academy, which noted his significant contributions to the British Academy.

In the first session Lee Toone examined the development of the London Mint under the Tetrarchy and Constantine the Great covering the period from AD 296 to 325. In particular, he looked at how recent finds, such as the Wold Newton and Rauceby hoards, as well as revisiting legacy data, will help us understand the development of a mint that embraced the retraining of rebel Carausian and Allectan die cutters. Moving beyond Roman times, Dr Rory Naismith examined the character and management of the emerging Anglo-Saxon coinage of the seventh and eighth centuries. The evidence for the operation of mints in this period was contrasted with that in Merovingian Francia, suggesting the Anglo-Saxon coinage developed along quite different lines. Within this he examined the role of coinage within kingship at this period, suggesting moneyers travelled with kings and other elite figures to enable the distribution of coins as royal largesse as they moved around.

The second session began a with a note of appreciation for the work of Lord Stewartby from Dr Stewart Lyon who worked closely with him over some six decades, notably on the definitive work Coinage in Tenth-Century England. The following two papers set out new interpretations of two areas of coinage in this period. Hugh Pagan reassessed the attribution of the coinage of southern and midland England between 939 and 973 identifying areas of regional minting and looking at the evidence of types, moneyers and die cutting styles. Johanne Porter addressed the Danelaw St Edmund ‘Memorial’ coinage of East Anglia, c.895-920 looking at hoard and single find evidence hinting at its use and circulation as well as appraising the sequence of issues based on style.

Moving into the high middle ages, two contrasting papers offered fresh insights into interpretation. Dr Martin Allen focused on some recent discoveries, notably relating to the reign of Stephen, and showed how these are serving to add to and challenge established interpretations. Dr Murray Andrews then took a very different line in showing how statistical techniques can be used to examine evidence relating to hoards addressing when, how where and why hoarding happened. This showed that statistical data confounded accepted views about hoards and, as with the previous paper, showed that there is still much we do not know.

The final session moved to north of the border and reflected on new resources for interpretation of the Scottish coinage. Nick Holmes provided an overview of some recent Scottish coin hoards which showed how for much of the medieval period a large part of the coinage in circulation in Scotland was English rather than Scottish. Dr Andrew Burnett then gave a paper which identified some seventeenth and eighteenth century collectors who pioneered numismatic studies in Scotland and whose existence has been overlooked until recently. Dr Donal Bateson gave an overview of the highly important resource for the study of Scottish coinage that is Lord Stewartby’s collection now handed over to the Hunterian Museum in Glasgow. Building on this William MacKay summarised work being done to publish the Stewartby collection in the British Academy SCBI series outlining the content of the volume to cover James IV to James VI, as well as making some observations on the interpretation of the coinage of James IV made possible by the depth and scale of the holdings in the Stewartby collection.

There was then a panel session chaired by RNS President, Roger Bland, which considered the topics covered in the day and allowed for some questions to be asked on specific details. The day closed with some heart felt and well-judged comments from Lady Stewartby who thanked all present for making the day one which Lord Stewartby would himself have enjoyed. Attendees departed knowing there was still much we do not know and much still to be discovered.  In so doing considerable scope still exists to build on the legacy that is the work of Lord Stewartby as a numismatist.