Welcome to the November 2020 issue of BNS E-NEWS, which circulates in the week prior to each Society meeting to all members who have provided the Society with an email address.

For the present, because of government restrictions enforced due to the Covid-19 pandemic, the Society is meeting online via Zoom.

Please click on any of the article headings below:

Minutes of the October meeting

Minutes of the Meeting of the British Numismatic Society, held online via Zoom on Tuesday, 27 October 2020, Dr Clancy, President, being in the chair and 53 other people present.

The President welcomed those present to the Society’s first online meeting and said that, until it was possible for meetings to be staged live once again, the Society planned to host them via Zoom.

The Secretary reminded those present that the deadline for submitting voting forms for the Sanford Saltus Medal was 20 November.

The Howard Linecar Memorial lecture was given by Prof. Joanna Story, entitled England and the Continent in the Age of Charlemagne: money, manuscripts, and mobility.

The President thanked Natasha Burbridge, Robert Page and Elina Screen for their assistance in hosting this inaugural online meeting, announced the date of the next meeting and closed the meeting. 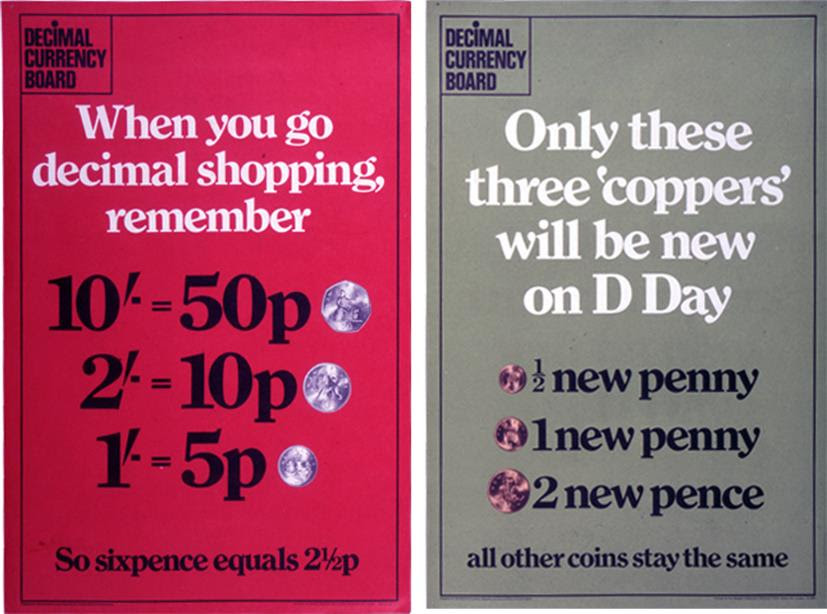 The Society's fifth and last meeting of a year memorable for all the wrong reasons will be our Anniversary Meeting. The date is next Tuesday, 24 November, the time 6pm London GMT. The President, Dr Kevin Clancy, will deliver his fourth Presidential Address, entitled The decimalisation of Britain's coinage.

Capacity is limited, so members are asked to register in advance. To join the meeting, please use the following registration link:
https://us02web.zoom.us/webinar/register/WN_8Ta1EM5uRP-UQaYYGozkZg

Those who register will be sent log-in details via email. If you are using the desktop version of Zoom, please ensure that you are using the most up-to-date version before joining the webinar. The meeting itself will commence with formal business from 6pm. Dr Clancy's Address will begin at approximately 6.30pm.

If you want to learn more about the background to the UK's adoption of decimal currency, we look forward to your company online.

Images courtesy of The Royal Mint.

Our lecture on 24 November

Britain adopted a decimal system of currency on 15 February 1971. The changeover took several years to plan and involved an extended period of transition to ensure the public was prepared. It can be seen as part of the modernisation of Britain in the post-War world and it raised important economic questions. It involved the complete redesign of the coinage, required the relocation of the Royal Mint and meant the population of Britain had to unlearn a 1,000-year old tradition of calculation in relation to money. There are many aspects to the subject but this paper will focus on why decimalisation happened when it did, how government managed the transition and what the legacy was of introducing this new system of coinage.

Kevin Clancy is the Director of the Royal Mint Museum, Secretary to the Royal Mint Advisory Committee on the design of coins, medals, seals and decorations, and President of the British Numismatic Society.

During the pandemic the Warburg Institute, which houses the Society's Library, has remained closed to all but staff and remains so at the time of writing. Plans are in place for when government restrictions allow the Institute to re-open to readers and visitors, and members will be advised of these via E-NEWS, but in the meantime our Librarian, Brad Shepherd, has been busy sourcing titles previously lacking from the shelves. Some 200 new acquisitions have been made in recent months, from a 1715 second edition of Jobert's The Knowledge of Medals, right up to the 2020 publication of Irish Gunmoney and the Emergency Issues of 1689-1691, by Paul and Bente Withers. 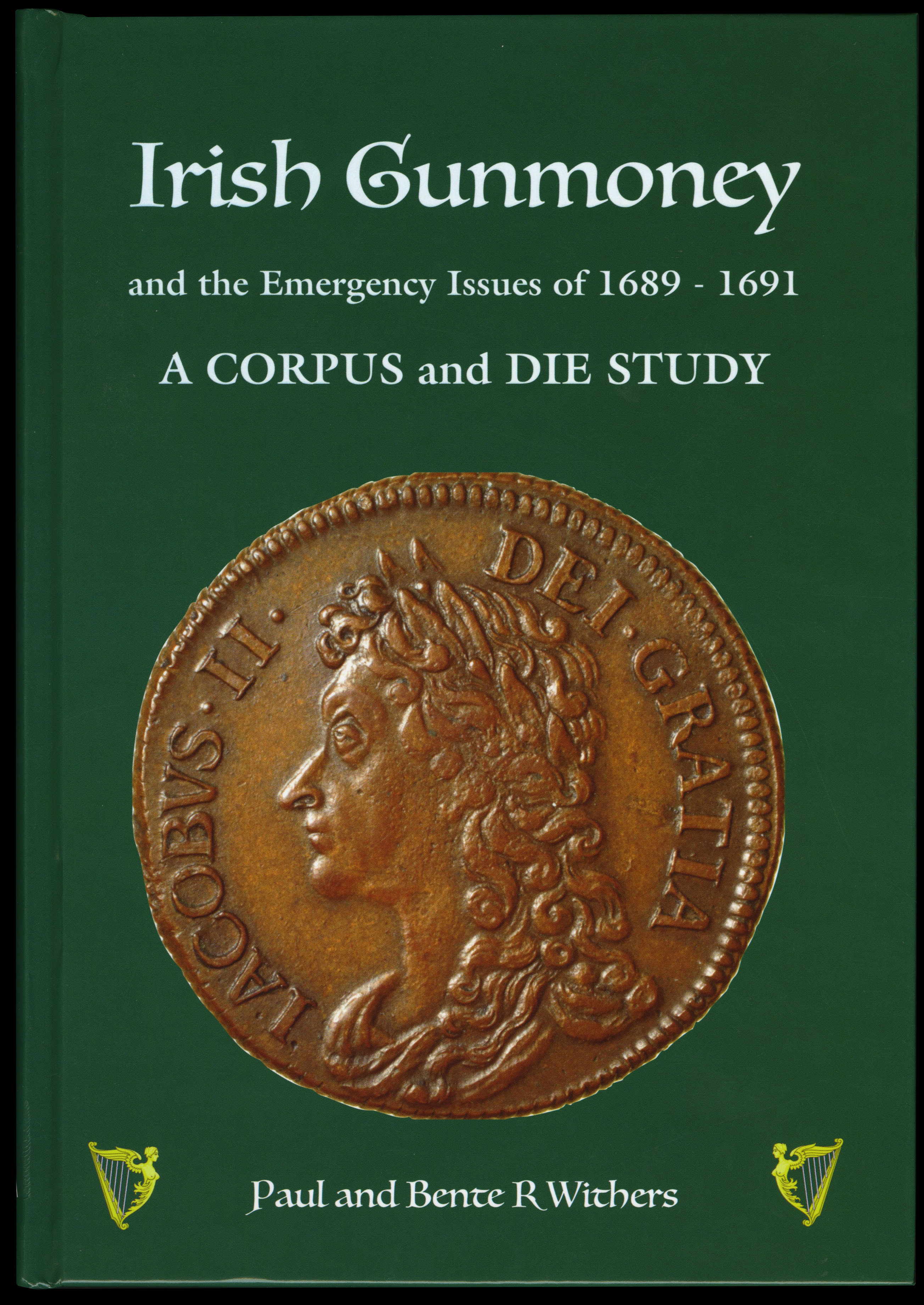 Delivery of BNJ 90 from the Society's mailing house in Milton Keynes, England, to UK postal addresses is taking place this week; copies for delivery to overseas members will be despatched early next week.

All members with paid-up subscriptions as of 1 September 2020 are eligible to receive BNJ 90; members who joined since 1 September automatically have their subscriptions extended to December 2021 and the first Journal they will receive is BNJ 91.

With the publication of BNJ 90, our Website Officer, Robert Page, has made BNJ 87  available on the Society's website.

Don't forget to check out the latest Blog contributions

Can't wait for BNJ 90 to drop on your doormat? Then check out the latest contributions to the BNS Research Blog, which now features no less than 110 articles. Among this month's posts are such thought-provoking pieces as Mike Cuddeford's, on the spatial distribution of coins within the horizon of a plough zone (reproduced from the Essex NS journal Cæsaromagus), and that of Ian Heavisides on how to identify die duplicates, in Ian's case, of the particularly tricky Henry III Long Cross penny series.

Despite the formal, some might say academic, appearance of some of the articles, this is not a requirement and more informal contributions are equally welcome. If you think you may have something new to share, then please consider submitting an article. Submissions may be emailed to This email address is being protected from spambots. You need JavaScript enabled to view it.; questions may also be directed there.

Keep in contact with this Society initiative:  https://britnumsoc.blog and sign up for email notifications of new posts. 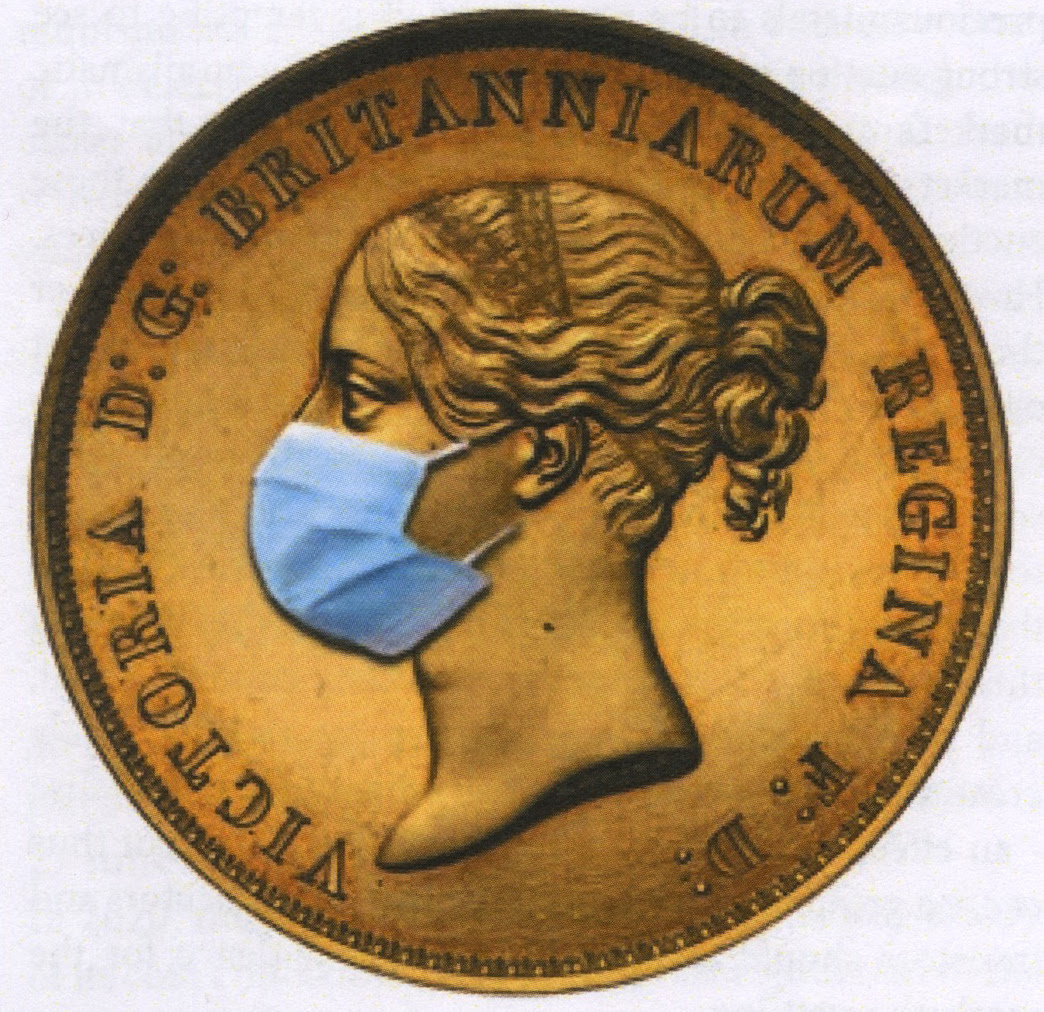 An important benefit of belonging to the Society is that all members are eligible to receive copies of Money & Medals, the 8-page newsletter published three times a year by the Money and Medals Network based at the British Museum. The Network aims to act as an information exchange for museum professionals within the UK whose collections include coins, medals and other objects relating to monetary and economic history and numismatics, but besides that it is an important vehicle for disseminating news about forthcoming exhibitions, society meetings and much else besides. It enjoys generous commercial support from Arts Council England and financial backing from the British Numismatic Trade Association, the Royal Mint Museum and the senior numismatic societies.

Issue No. 80 of Money & Medals, focusing on numismatics in lockdown and featuring the satirical image above which one could hardly imagine Queen Victoria being amused by, recently circulated to subscribers. If you would like to join the mailing list and receive it and future issues by email, just send your name and email address to the Editor at This email address is being protected from spambots. You need JavaScript enabled to view it. and you will be automatically placed on the circulation list.

Dates for your diary

April 16 to 18.  British Association of Numismatic Societies Congress (Southsea).  This email address is being protected from spambots. You need JavaScript enabled to view it.

October 1 to 3.  Annual Token Congress (Northampton).   This email address is being protected from spambots. You need JavaScript enabled to view it.